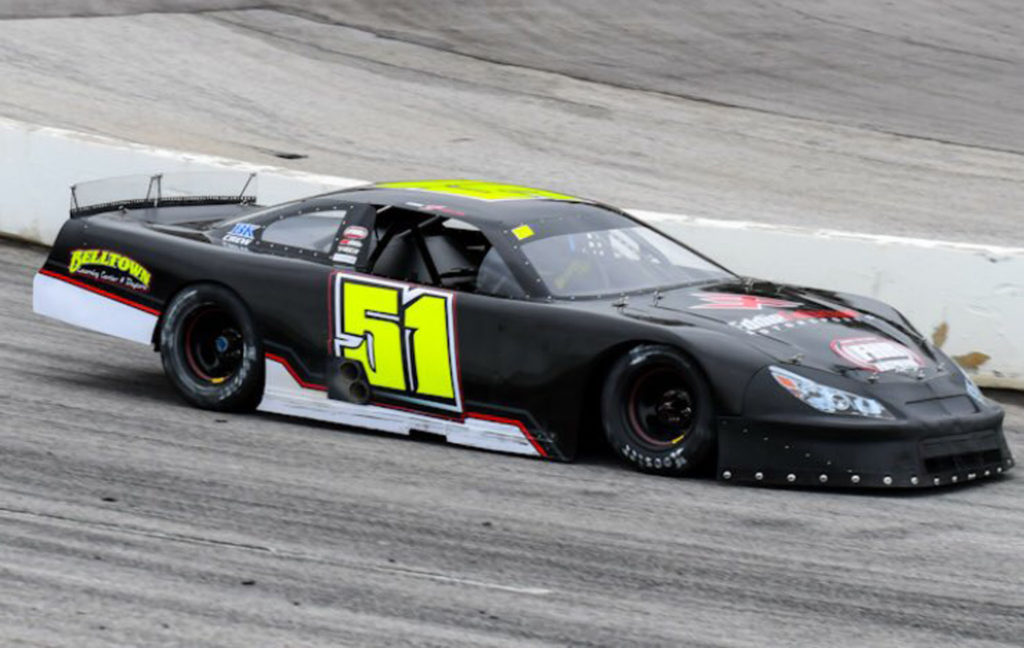 Salem, IN. (May 11, 2017) – Champion Racing Association Powered by JEGS Officials have announced the first group of entries that have arrived for the 5th Annual Mercy “Masters of the Pros” 144 event that will be held at Lebanon I-44 Speedway, located in Lebanon, Missouri on Saturday, June 3rd, for the JEGS/CRA All-Stars Tour Presented by Chevrolet Performance. The 144 lap event will pay $8000 to win plus bonuses, making it one of the highest paying crate late model events in the country, plus the winner will be awarded a signature green jacket, similar to the one that is known for adorning the champion of golf’s Masters event.

Michigan ace Brian Campbell has entered to compete in his first ever Masters of the Pros 144 event. Campbell won the April 22nd ARCA/CRA Super Series event at Toledo Speedway, his 22nd all-time victory with that series, tying him with Brian Ross for second in that series all time victories. Campbell has three JEGS/CRA All-Stars Tour victories in his career, the last coming at Berlin Raceway in 2015.

Florida driver Jeff Choquette is entered to also make his Masters of the Pros 144 and series debut. Choquette has come back on the late model scene this season and was the Pro Late Model Champion at New Smyrna Speedway’s Speedweeks Series in February and picked up a Southern Super Series victory at Mobile International Speedway on April 29th.

Fellow Florida driver Stephen Nasse is entered to make a return visit to the Master of the Pros 144 for car owner Rick Turner. Last year Nasse got a tenth place finish in this event after going to victory lane in the Baby Rattler Pro Late Model event at South Alabama Speedway in March.

Three of the 2017 Howie Lettow Rookie of the Year Award Presented by VanDoorn Racing Development drivers are entered, including 14 year old Carson Hocevar, who as a part-time series competitor last season set the track record at the series event at Berlin Raceway, also fellow rookie Hope Hornish, niece of NASCAR and Indy car racer Sam Hornish Jr. and Mandy Chick, a regular at I-44 the last two seasons, including earning the 2016 NASCAR Missouri State Rookie of the Year.

Additional entries for the Mercy Masters of the Pros 144 are expected to continue to arrive over the next three weeks leading up to the event. The advanced entry deadline for this event is May 20th, entries received after that date will have to pay an additional $25 late entry fee.