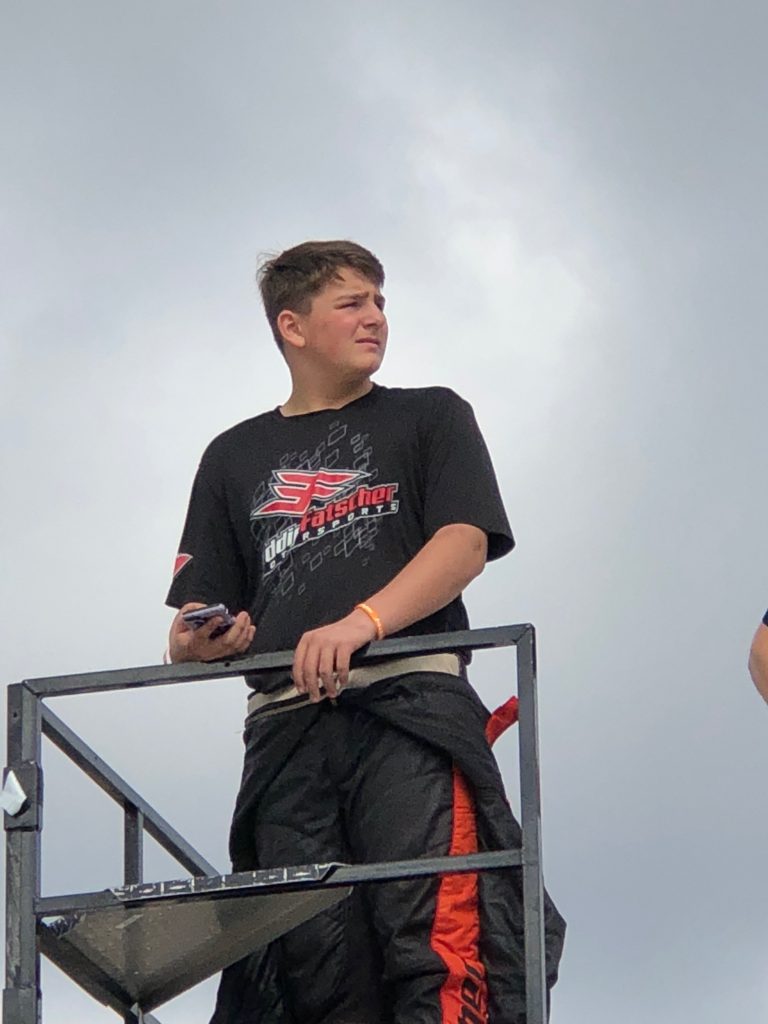 Fatscher, making the progression from early development racing in the Northeast to the highly competitive ranks of Super late model competition will make his ARCA Series debut behind the wheel of VMS’ No.55 Toyota at Toledo Speedway on May 20. Adding his name to the series’ youth movement Fatscher will also compete at events at Elko Speedway (July 14) and Berlin Raceway (July 21).

“I couldn’t be any more excited to take the next step in my career with Venturini Motorsports,” says Fatscher.

“This is a huge opportunity. The ARCA Series is highly competitive and delivers some of the best short track racing around. I’m ready to put my skills to the test.”

“I was at Daytona and spent a lot of time the last few weeks with the guys at the shop – it’s a great group. I feel super comfortable and lucky knowing I’m with such a proven team. They’ve got a great track record and a lot of veteran drivers and personnel to learn from. It’s also really cool to join guys like Christian Eckes and Chandler Smith with Venturini – I’ve raced with them both over the last few years. I’ll be with the team at Nashville, just really eager to soak up as much as I can before Toledo.”

Venturini Motorsports has a long history of mentoring young drivers in the ARCA Series. Fatscher adds his name to a growing list of drivers to begin their career under the VMS Toyota banner.

Since the ARCA Series reduced the series age requirement in 2014, Fatscher will become the seventh 15-year-old driver to join VMS’ Toyota-backed development program -adding his name to an impressive list of accomplished drivers – Todd Gilliland, Kyle Benjamin, Christian Eckes, Justin Haley, Raphael Lessard and Chandler Smith. In 2015, Todd Gilliland, at age-15, became the youngest series driver to win on tour taking the checkered flag at Toledo in his first attempt.

In 2017, Fatscher competed a limited schedule in the CARS TOUR and Pro All Star Series (PASS) earning a season best second place finish in the 43rd annual Icebreaker at Thompson Speedway. Taking part in last season’s inaugural Short Track U.S. Nationals at Bristol, Fatscher impressed with a strong showing in the highly competitive Pro Series division. After qualifying in the top spot the young driver was challenging for the lead during the final laps before contact took him out of contention.

After a successful Karting career and a strong desire to continue his passion Fatscher made the jump to Bandelero racing in 2013. Touring regionally Fatscher began to hone his skills behind the wheel competing in INEX, the international sanctioning body of Legends, Bandelero, Thunder Roadsters and Legends Dirt Modified Cars.

At the age of 12, Fatscher continued his climb up the ladder graduating to a Legends Car. Touring nationally, he continued to build his resume winning the Legends National Young Lions Championship in addition to being named the NY State Championship. Progression and determination also led the young driver to back-to-back wins in 2015 & 2016 competing in the US Legends Oval and Road Course racing championships.

View all posts by Kristie Fatscher →