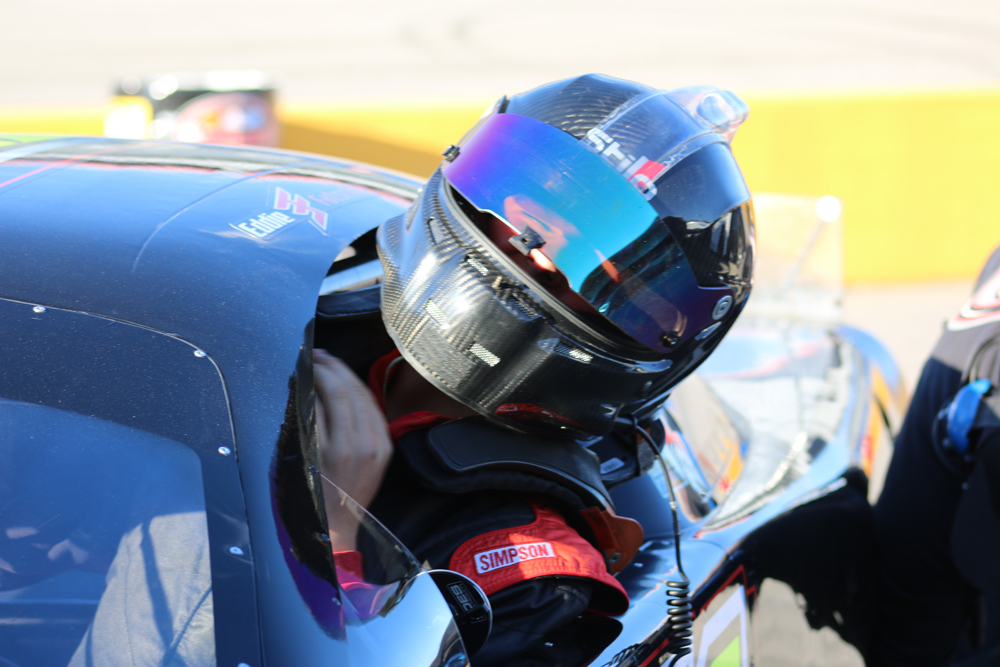 In just his fourth series start, Fatscher, a relatively unknown 14 year-old from Long Island, New York, impressed a sold out crowd with a second-place finish behind the wheel of his Jamie Yelton’s Fat Head Racing prepared No.51 Ford Fusion.

“We had an awesome showing last weekend at the Icebreaker – just an incredible experience for me,” said Fatscher. “The guys gave me a great car – we were fast and running down the leader late in the race but had some contact and got into the outside wall and hurt our chances.”

“The guys at Fathead Racing continue to work hard and unload solid equipment. They’ve got my back – Even though I’m still learning how to drive these cars, every time I strap into the seat I’m getting more comfortable – and my confidence grows.”

Serving as a confidence booster, Fatscher, who’s in the midst of making the jump from Legend cars to late model and super late model racing, now travels to North Carolina to test his skills against a stout PASS South Super Late Model lineup in this weekend’s Easter Bunny 150.

“The thing about racing is you’re only as good as your last race. And running the ‘Bunny’ this weekend will be a new opportunity. I’ll be going up against some of the best super late model drivers in the country – it will be a big test for me. I’m going into this race with realistic expectations. I just need to go out and not put too much pressure on myself, race my own race and finish every lap,” added Fatscher.

Fatscher with selected starts thus far in the 2017 season started earlier in the year with his Late Model at New Smyrna Speedway in the Red Eye 100. The high school freshman will continue to make selected starts in the PASS Series with an eager eye on competing in next month’s Inaugural U.S. Nationals of Short Track Racing at Bristol Motor Speedway.

Action gets under way on Friday at Hickory Motor Speedway with rotating practice from 2 – 5:10 PM for the PASS South Super Late Models, USAC Eastern Midgets, and Legends. On Saturday, pit gates will open at 11 AM for the 12th Annual Easter Bunny 150, with rotating practice for all divisions from 1 – 3:40 PM. Qualifying will begin at 4:30 PM, with the on track Pit Party at 5:45 PM, and racing will start at 7 PM, featuring 150 laps for the PASS Super Late Models.